The workspace, an asset
for HR Strategies.
Interview with Ivan Petrovich. 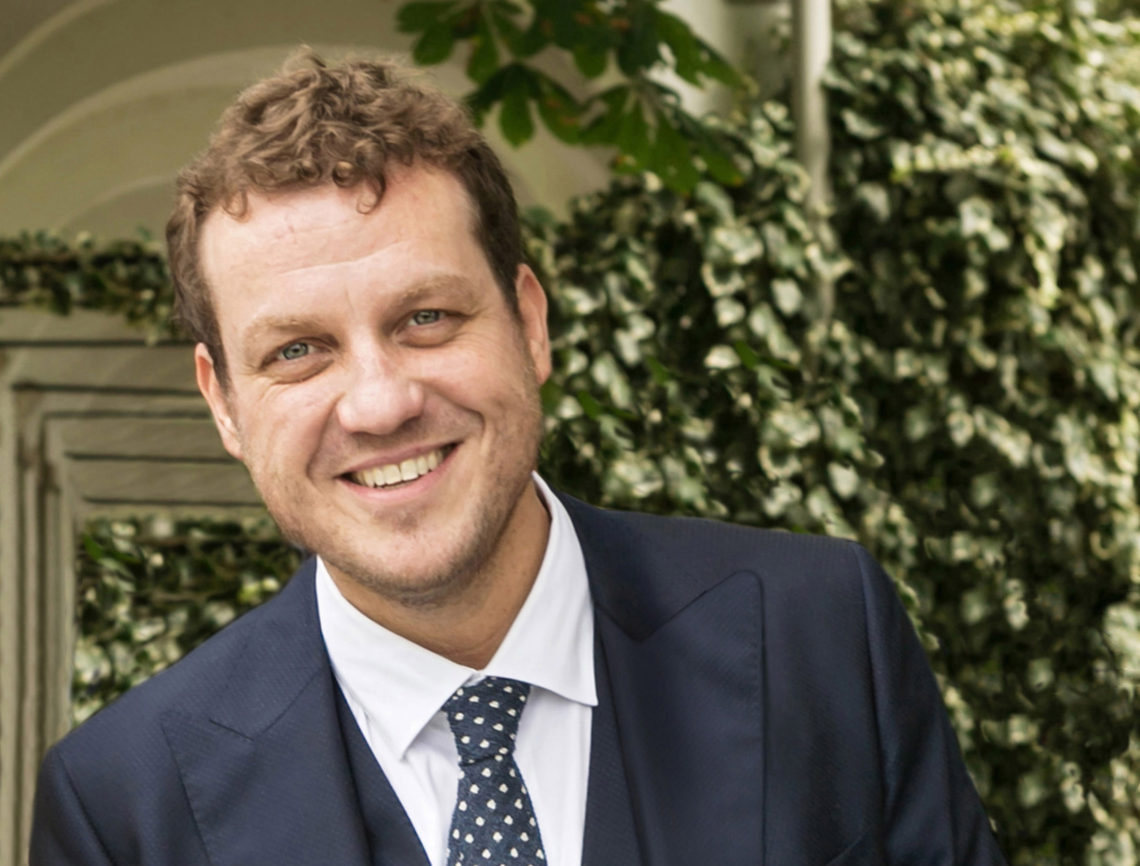 Visionary and creative. A pioneer in the search for the functional but
aesthetically pleasing. Always a head of the curve, just enough to be
innovative and at the same time understood. A strategic leader who
brings together local and international talent. For some time now,
Ivan Petrovich is Martex. In 2020, more than ever.
A driver of continual change able to reliably respond to global events
and trends.
And it’s on those very trends that we wanted to hear his opinions.
The Martex Chairman didn’t have to be asked twice.

For businesses, the workplace has become a traded commodity.
Large and small enterprises compete on web pages and social
media, flaunting their sustainability policies and care for the worker.
They extol modern work environments, designed according to new
paradigms that promise increased productivity by improving workers’
wellbeing. The aim is to appear more attractive than others in job
seekers’ eyes. And so attract the best talent available. What are your
thoughts on this?

The office space has risen to a new level of multi-functionality. Not only
in the traditional sense (areas assigned to different functions), it has also
been elevated to a fully-fledged asset, which the company can – and must –
exploit for other purposes too. It’s no longer just a space. It’s a space that
acquires value for stakeholders. Attracting talent, to stay on theme, is one
such example.

I know it’s banal to state that we live in an extremely competitive age
and that people are often stressed. We spend a great deal of time in the
workplace, and balancing our work lives with family commitments is a daily
struggle. Offering workplaces in facilities that permit a genuine level of
personal wellbeing gives businesses an edge. I’m talking about both physical
and mental wellbeing.

Business leaders’ far-sightedness in this area is essential. Companies who
treat the “human experience” as an essential component in their offering
to workers have a significant advantage over competitors in the selection
of personnel.

But I wish to be clear on one point, as it concerns me directly.

‛Designing or creating a work environment

To be frank, I don’t have a mania for fittings and furnishings for their own
sake. For those in my profession, “thinking about workspaces” means, first
and foremost, thinking about people. They spend most of their time inside
such a space. The development of social, psychological and relational
dynamics are the first things we must understand in order to achieve a positive
outcome.

My personal journey and my passion for history, art and culture in general
have led me to appreciate the principals of the Greek philosophers: asking
yourself the why of things and why we do certain things underlies everything.»

“Live the experience” has become a mantra, also applicable it would seem
to the office environment. However, a recent study revealed data showing
that young people are prepared to accept a lower salary if included in
smart working programmes and if offered benefits such as flexible working
and the option of working while travelling. The workplace is of very little
importance. Given that young people are the next generation, doesn’t this
contradict what we were saying earlier?

«It does. And it doesn’t. Allow me to explain. Technological development has
had an enormous impact on work times and methods of working. You used
to say: “I’m going to work”, and it was understood you were going to the office.

‛Today all we need is a laptop, a tablet or even just

a smartphone, and I’m “live”. Where this takes place

Actually reductive and limiting
for some, it would seem. The nub of the matter is: what’s important is what
you do, and how you do it.

The fact that some people, young people, are prepared to sacrifice a part of
their salary just to join a company that allows them to work in an unconventional
way is emblematic of a major change in the world of work. Cultural before
organisational.

How can we ignore this trend? Businesses that want a future in the market
can not. Nor can we, who have the obligation, and honour, of realising these
impulses and inspirations. On the contrary. Personally, I support this modus
pensandi and operandi. If the technology allows it, why deny it? This doesn’t
mean there will be no more offices. The office, as it evolves, will continue to
make its contribution as an interpersonal catalyst, proving itself to be a
fundamental part of each person’s wellbeing.».

The lines are increasingly blurred between life in and out of work, partly
caused by the emergence of new professions that have no need of
conventional physical spaces. So, a “better workplace” is more to do with
the needs of our personal lives rather than a physical, concrete place.
Our holistic office model is going in this direction. We’d like to know your
opinion on this.

«As I was saying earlier, we begin from the undeniable premise that people
are at the centre of the universe. Each of them, in turn, is at the centre of a
micro-world consisting of space and time. The work environment occupies
a significant part of that time and space.

The question now is: if we spend so much time inside that space, what
quality of time and space should there be?

The answer comes from the mark we have made on the office’s development.
No longer thought of as a workplace, it’s a place of sensorial and interpersonal
wellbeing. No longer a setting with merely one function, but an area for
meeting and exchange, a space for coming together in which interpersonal
relations flourish.

So, the layout of the office is changing. Abandoning individual workstations
gives us airy and flexible spaces that encourage communication and the
exchange of ideas. Where working feels good, feels better.

places for relaxing or talking to children, partners

As well as relaxation areas that can be combined with the traditional coffee break,
and much more…but I don’t want to reveal too much.

Getting back to the point, as a businessman, I feel a social responsibility to
respond to these changes, in which our lives in and out of work (family, friends,
hobbies, interests, etc. etc.) are increasingly interconnected and interdependent.
Creating situations that stimulate different workers undoubtedly adds value to
everyone’s work and, consequently, to the company for whom they work.»